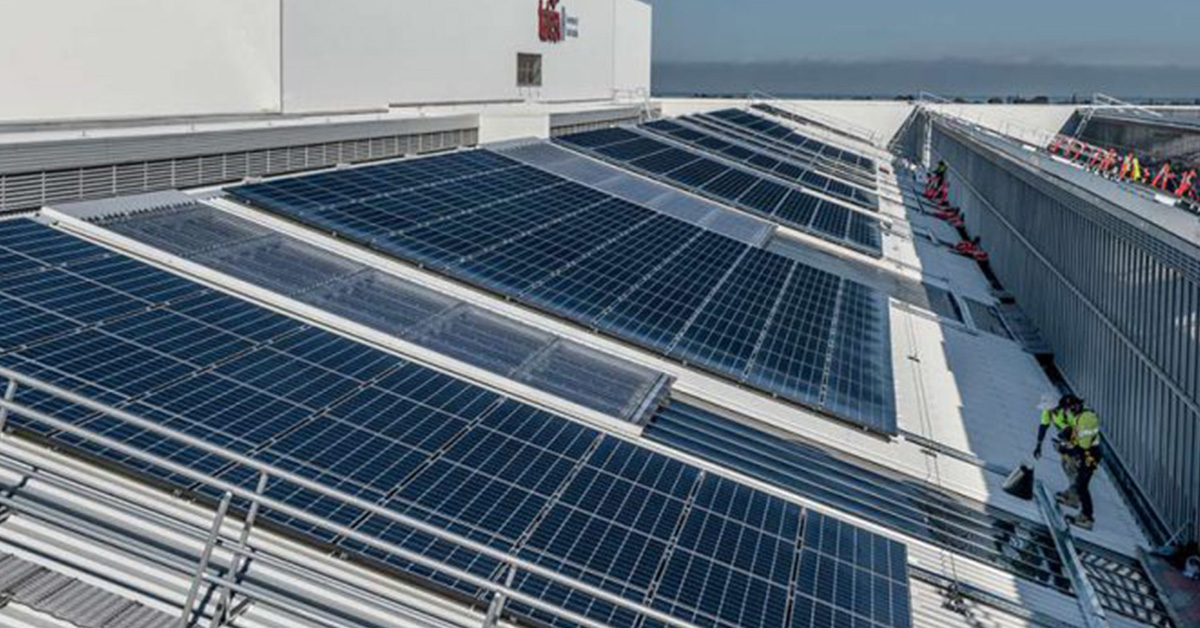 Solar panels have been installed in what will become one of Australia’s largest rooftop solar installations at a dedicated centre for innovation and clean energy development in Adelaide.

The Tonsley Innovation District, located in the south of Adelaide, has been re-purposed from the former site of the Mitsubishi motor vehicle factory that closed in 2009 and will be supplied with solar power in a partnership between the innovation hub and Sanjeev Gupta’s Simec Energy.

In the first phase of the initiative, 7,400 solar panels have been installed at the Tonsley Innovation District with a combined generation capacity of 2.34MW.

In total, the project is aiming to install a total of 20,000 panels, totalling 6MW of generation capacity to supply businesses and residents in the Tonsley district, with the system growing over time as activity at the innovation district increases.

The system will also incorporate battery storage and smart metering, and is expected to deliver at least 30 per cent of the precinct’s energy consumption.

The system has been installed by Zen Energy, a subsidiary of Sanjeev Gupta’s Simec Energy Australia and part of the GFG Alliance that is seeking to transform a key part of South Australia’s steel manufacturing base around renewables.

“We’re excited about the role that ZEN Energy is playing in this for homes, business, and industry across Australia. We hope to see more projects like the Tonsley District Energy Scheme in the future as we begin to transition and rely more on renewable energy to power our communities,” Gupta said, who recorded a video message to acknowledge the project milestone.

The site is now home to a hub of 35 businesses, and a co-working space with almost 300 members, as well as service as a campus location for Flinders University and TAFE SA.

The South Australian Government has welcomed the first milestone of the project, which will serve as a demonstration of the innovations and technologies under development at the innovation district.

“The solar energy installation will offset as much as 3,500 tonnes of carbon dioxide emissions every year over its lifetime and is part of Tonsley’s commitment to sustainability and innovation, as well as its Six Star Green Star Communities rating.”

“The Tonsley District Energy Scheme has been designed to ensure customers within the district benefit from a reliable, cost-effective and renewable supply of energy.” Enwave Australia CEO Cameron Evans said.

“The rooftop solar installation is a key component of this system, which will be integrated into the wider scheme to ensure all customers benefit from the installation.”

Both Simec Energy and Zen Energy maintain their South Australian headquarters at the Tonsley Innovation District. Other tenants include Tesla and Siemens, who both use the former factory site as service locations.

“The array will work hand in hand with a range of other technologies in the Tonsley District Energy Scheme to showcase how the benefits of renewable energy can be integrated across an entire community, which we’re really excited about,” Zen Energy CEO Marc Barrington added.