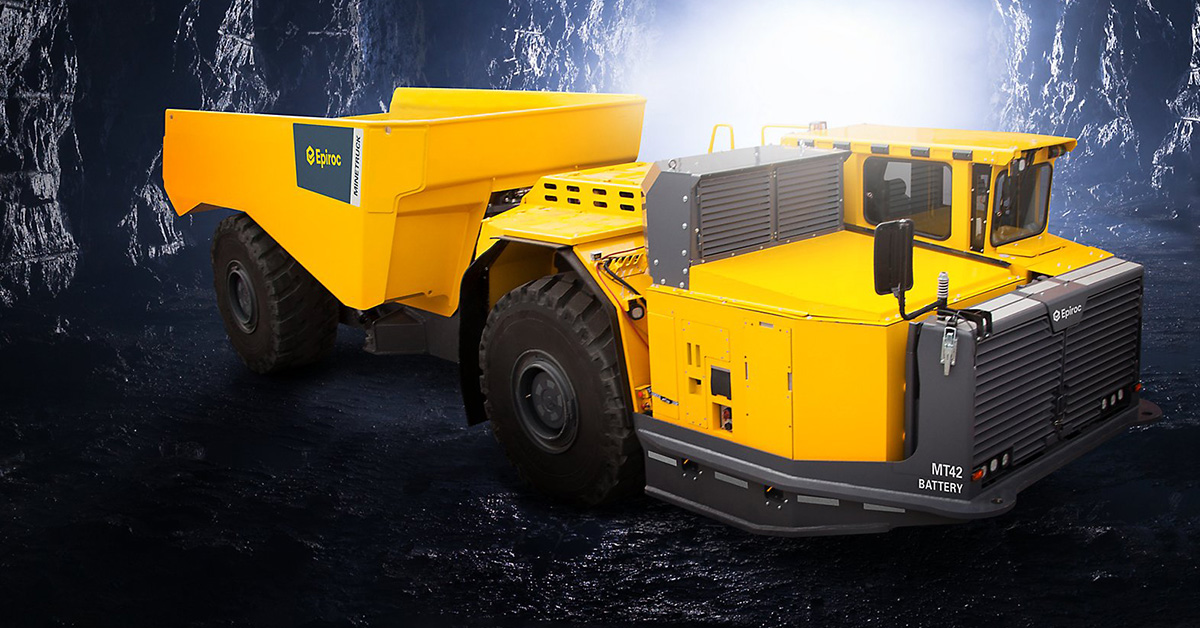 The mining industry is fraught with occupational health and safety challenges due to diesel exhaust from heavy equipment, as well as costs associated with running ventilation equipment – not to mention losses if that equipment stops working and the mine needs to be closed while it is fixed.

Some analasts have predicted that diesel machines could be banned in new mines in Australia within five years, becaue of their safety and health impacts.

Mining vehicle makers are increasingly looking to the electrification of heavy equipment such as this massive electric dumper with a 600kWh battery which is thought to be the largest electric vehicle in the world.

But with massive batteries, come massive challenges – namely, how to charge them? (While the aforementioned eDumper gains 80% of the power it loses on its upwards journey by recoversing energy on its way back down, it will eventually run out.)

ABB hopes to solve that problem, and its head of e-mobility sales Wim Elshout told The Driven that the mining equipment makers move towards electrification is creating a market for EV chargers at that scale.

“If we look at the industrial segment there’s such a strong business case to electrify fleet,” says Elshout.

“If there is no ventilation the mine is down – if they can remove the ventilation to get the exhaust gases out that would be such a huge benefit.”

But there are challenges in creating this specialised equipment – standard electric bus or truck chargers just will not do.

The reason for this is twofold: first, an electric vehicle charger in a mine must be able to operate among not only the usual dust and heat, but also not be affected by conductive dust (ie from mining minerals) in the mine air.

Secondly, increasing how fast huge electric mining vehicles can be charged has to be addressed.

Pantographs such as are used in Geneva to “flash charge” electric buses are not practical in the mining environment due to the numerous moving parts involved, but a standard CCS connector will do nicely, says Elshout.

“We are using normal connector based connection, but that’s where the other challenge is,” he says.

“The maximum charging is about 150kW, and while it could go up to current maximum 350kW that CCS is rated to, it is very slow [for charging mining vehicles with 400-600kWh batteries].”

To address this issue, ABB is participating in defining a new CCS standard in collaboration with automakers and other stakeholders as part of CharIN, the alliance that defines CCS charging standards.

“ABB is taking part in a new definition of new CCS standard so we can go up to 1MW and even 2MW of charging,” says Elshout.

But increasing the output of a charging station also means thicker cables, and for this reason an increase in voltage for heavy equipment vehicles is preferable.

“If we increase the voltage on the car side then we can reduce the current we need to push through the cable….so we are looking at higher voltage drivetrains,” says Elshout.

This could either use an independently moving robot that connects to the vehicle, or other types of connectors.

How soon until the Australian mining industry begins using this kind of zero emissions technology?

ABB is currently working together with mining equipment manufacturer Epiroc that makes mining vehicles, and have begun testing of chargers in Scandinavian mines.

“I wouldn’t be surprised if we have an electric vehicle in a mine with a charger in Australia soon,” says Elshout.